Plywood VS OSB – Which Is More Applicable? 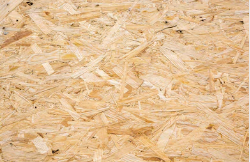 OSB and plywood are both used in construction, especially in roofing projects and in flooring projects. However, depending on the project, you will use one type of wood over the other. Both the pros and cons of each will be discussed in this article.

OSB is a type of manufactured wood that in recent years, has been more widely produced than plywood. For one thing, they can be manufactured into bigger pieces than plywood can, and can have many more uses than plywood can. It is also more uniform, so when applied to a roof, there will be much less soft spots than plywood have. Approximately, on average plywood will be 700 dollars more than OSB normally would.

Plywood still has many advantages however. For example, plywood will not swell as much as OSB when exposed to moisture, especially along the panel edges. Plywood also weighs less than OSB does and is significantly easier to install. Plywood floors are also about 10 percent stiffer than OSB boards, which means that OSB boards will have a greater chance to squeak over time. Keeping in mind these factors will help you to choose the right type of boarding you will need for a specific project.